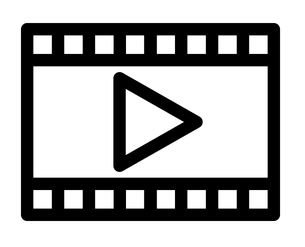 From the initial influence of European salon music and introduction of the button accordion in the second half of the nineteenth century, conjunto music has developed in South Texas as a unique and popular form of regional dance music, historically forming a powerful symbol of cultural identity among the rural, working-class Texas-Mexican border community. Yet, in recent years, due in large part to the global, primarily digital distribution of indigenous recordings through electronic entertainment platforms such as YouTube, as well as increasingly effortless digital methods of communication through email and social media sites, what was traditionally a highly localized creative genre has been steadily adopted throughout the world, creating a newfound sense of personal belonging for international musicians and an “imagined” artistic community accessible only through electronic modes of cultural dissemination.Most international conjunto artists have taught themselves by listening to regional, often digital recordings and watching videos through electronic platforms like YouTube. The Japanese conjunto musician Kenji Katsube also took advantage of modern technology to teach himself to play, explaining, “I got equipment that slowed the music down.” For more recent international musicians, such as Dwayne Verheyden of the Netherlands, the increasing ease of electronic access to the Texas-Mexican border community has further enhanced contemporary participation in the regional identity far beyond historic notions of ethnicity, language, and location. For Verheyden, the participation in the digital community has resulted in full acceptance within the physical, regional community. For example, when a legendary local artist revealed the end of his solo recording career in 2009, asked who could fill his shoes, he responded, “there are many imitators and sound-a-likes, but none can compare to Dwayne Verheyden; and he’s from the Netherlands.” In addition, the contemporary careers of international artists are often built through the digital network, enabling performers from around the world to share their music with important regional audiences.In an increasingly postnational world, historic constructions of indigenous identity become separated from individual race, class, language, and location. Instead, closely connected to the traditional conjunto community through unprecedented technological means, international musicians choose a corresponding cultural identity based on familiar socioeconomic, stylistic, and wistfully familial backgrounds, as well as purely aesthetic attractions, and often largely disconnected from more conventional geographic and hereditary considerations. This external participation in the regional tradition does not detract from local concepts of identity, or really even contribute to Texas-Mexican artistic practices in a noticeable way, but it does provide a sense of belonging for musicians caught outside of an appropriate creative community, demonstrating that, in the contemporary, highly interconnected digital world, common musical practices experienced through electronic modes of communication often have more influence over imagined identities than more traditional cultural considerations. In considering the contemporary destabilization of cultural identity in the wake of widespread modern globalization, digital networks can therefore serve to rearticulate a sense of belonging for musicians accessible only through new forms of electronic dissemination.